Having inflammatory bowel disease (IBD, Crohn’s disease, ulcerative colitis, or indeterminate colitis) may affect the menstrual cycle. Menstruating people should be aware of the changes that may occur over a lifetime of living with IBD.

Symptoms to Bring to Your Doctor

*Note: Studies cited included patients that were identified as “women.” The gender spectrum was not defined or encompassed in these studies and all patients were defined as “women.” 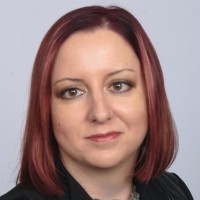